With 30 years separating the events of Episode III and IV, Star Wars fans have often wondered what Obi-Wan Kenobi was up to during his self-imposed exile on the desolate planet Tatooine. Now–for the first time ever–see for yourself what a young Ben Kenobi might look like! Toy company Sideshow Collectibles crafted their very own take on the former Jedi Master-turned hermit’s lost years. The sixth-scale figure was on full-display this weekend at the Javits Center for New York Comic-Con. 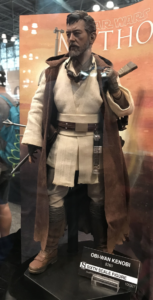 This portrayal bridges the gap between Kenobi’s likeness in ‘Revenge of the Sith’ and as an elderly wizard in ‘A New Hope’. The facial likeness resembles that of actor Sir Alec Guinness, while the figure’s hair, beard, and robes remain close to Ewan McGregor’s portrayal in the final prequel movie.

The figure is listed for $260 and looks to be a hit among Star Wars fans when it ships next year. 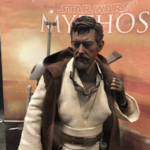 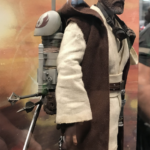 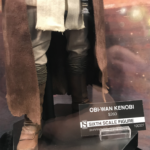