The latest trailer for ‘The Last Jedi’ premiered last night during Monday Night Football, and we couldn’t be more excited! So, today we’ve posted our Top 5 favorite Funko Pops for Episode VIII: 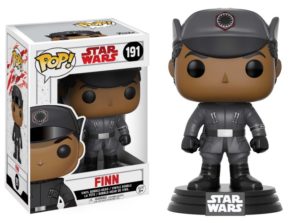 Dressed in a First Order officer uniform, Finn’s Funko design leaves us wondering just what’s in store for the ex-Stormtrooper in ‘The Last Jedi’. We last saw him recovering from serious injuries sustained during his forest battle with Kylo Ren on Starkiller Base. 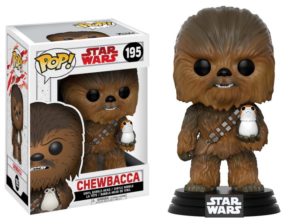 Our favorite walking carpet is back, and this time he has a new friend! So if you were unsure about adding a Porg Funko to your collection, Chewie’s giving you a FREE TRIAL! 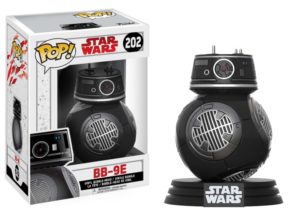 Given the BEST NICKNAME EVER of BB-H8 by the crew during filming, BB-9E is a wicked dark-side spin on the fan-favorite droid that was introduced in ‘The Force Awakens’. Unlike BB-8, though, don’t expect this droid to give you a thumbs up! 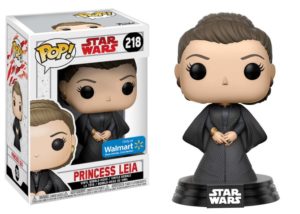 With Rey off to meet Luke at the very first Jedi Temple, Leia poses the biggest threat to the First Order and, more importantly, her son Kylo Ren. Can she redeem the boy she and Han Solo once knew? Will she ever reunite with her brother again? There are great disturbances in the Force for the former Princess of Alderaan. 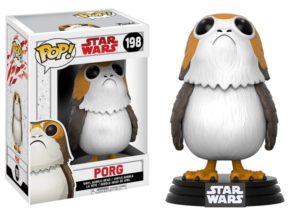 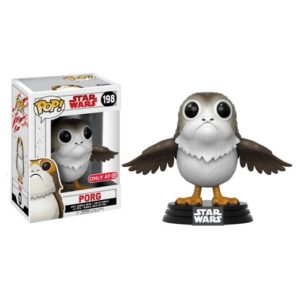 Porgs! Porgs! And more Porgs! No list–or collection–is complete without a PORG! In fact, Funko even made a SECOND Porg with its wings spread out!